In 2008 three Spanish friends, still in their early twenties, Carola Rodriguez, Bruno Teixidor and Nicolás Alcalá, decided to embark on a visionary project: The Cosmonaut, a transmedia feature film aiming to create an alternative production model to the one used by the current cinema industry. Financed mostly from crowdfunding and small investors, licensed under creative commons and with the goal of being released simultaneously on TV, in the cinemas and on the internet as a free alternative; The Cosmonaut was the project everybody was talking about.

Three years later, with more than 4.000 backers and 250.000€ of the budget obtained through crowdfunding, they traveled to Latvia to finally shoot the movie... but instead of it being the end of their problems to make the film, it was only just the beginning. A hellish filming process, an extremely long editing phase, debts with the spanish government and an internet campaign against the director of the film were just some of the issues they had to overcome to finish the film.

A process during which the bond between these three friends would be damaged forever.

Hard as Indie collects footage shot during the six years of the project. From its inception to its end. The story of a dream, its accomplishments and the big mistakes which eventually led to its downfall.

Hard as Indie, the first feature of Arturo M. Antolín (Miranda de Ebro, 1991), is a painful look behind the scenes, a lesson in how to make films and its mechanisms. The objective point of view of the young director leads the viewer to a journey through the crazy filming of The Cosmonaut. A film that divided social media and cinema related discussions both in Spain and abroad.

Hard as Indie is the final reward for all the people who participated in the crowdfundings of Riot Cinema, from those who helped with 1€ to contributions up to 1000€. It's an indispensable feature film for those who want to understand what happened in 2013 in East Europe, in a crazy filming process where spanish film history was made. Arturo M. Antolín creates an exercise in meta-film for people to understand the difficulties of tackling an independent and ambitious project like The Cosmonaut.

Hard as Indie is a completely independent production, created without any profit-making motive and inspired by our only passion: cinema. The feature film will be distributed under Creative Commons license, totally for free, available online from the 26th of January.

“Perfect to explain how NOT to make films”

“A really interesting failure, both human and artistic, that deserves to be told”

“Hard as Indie is an exercise in sincerity, both in front and behind the camera”

“A lucid obituary of the Spanish cinema factory”

Arturo is a writer/director and editor based in London. Born in Spain, he moved to the UK in 2013. He studied a MA in Screenwriting at Met Film School, after which he started working in the editorial department of feature films.

He's recently worked as first assistant editor in well-known productions such as Supersonic, documentary directed by Mat Whitecross; or The Trip to Spain and On the road, directed by multi-awarded director Michael Winterbottom. In 2017, he was selected to be part of the programme BAFTA Crew, in the branch of editing.

He's just finished the editing of Sunburn, feature film directed by Anthony Alleyne while he develops various projects, both fiction and drocumentaries, which he will write and direct. 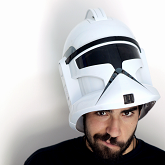 For interviews, more information or any other question: